The One Bad Day Dilemma in ‘Batman: The Killing Joke’ 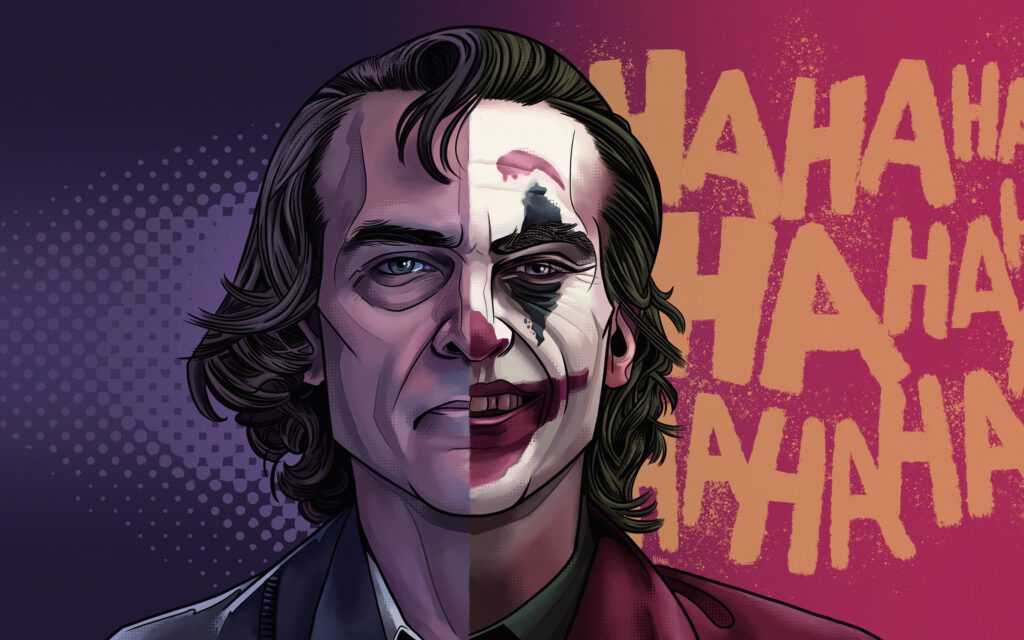 “All it takes is one bad day to reduce the sanest man alive to lunacy. That’s how far the world is from where I am. Just one bad day” (Moore et al., 2016, 1:06:14 – 1:06:22). The words uttered by the Joker to Batman, in their final showdown. Things take a screeching wrong turn in this adult-animated movie. An ordinary family man [Jack] goes insane after losing his pregnant wife. He constantly battles with social awkwardness and transforms into a ruthless villain known as ‘The Joker.’ He aims to make Batman (the detective superhero) know just how easy it is to go mad, by crippling the hero’s female sidekick; Batgirl – AKA Barbara Gordon. In ‘Batman: The Killing Joke,’ director; Sam Liu, engineers a story as nerve-wracking as it is teachable. This paper through the intrinsic and feminist lens, seeks to uproot the intense objectification and patriarchy, as depicted in Barbara Gordon’s costume and choice of vehicle. The use of imagery and irony gives understanding to the Joker’s madness. The best comic-accurate movie ever made. ‘The Killing Joke’ showcases intricate storylines and thought-provoking ideas presented by some of my favorite heroes and villains in all of fiction. The animation tackles sensitive issues on sanity that makes it a must-see for all who wish to keep theirs.

The unstable Joker visits the home of Barbara Gordon and her father. The immense imagery evokes the Joker’s twisted mind. Imagery is any description that involves the five senses and helps the reader perfectly envision the scene the author is describing (Thompson, 2020). Joker knocks very gently, and as we listen, we get the sense that things are well. Barbara happily skips over to open the door. With a loud bang, the Joker shoots her in the stomach. Her dad screams her name incessantly, as the Joker’s goons continue to pound on him with loud thuds (Moore et al., 2016, 00:40:54-00:40:59). The gentle, reassuring knocks on the door, have transitioned to powerful thrashing fists upon her father’s face. Her dad’s screaming her name, brings to life the practical fear he felt, believing his only daughter was lost. The hard-thundering punches the dad receives, sound like heartbeats. He is terrified for her, not himself. Barbara crashes down hard and her spectacles come off and break. She was an outstanding student, but the destructive look of the glasses materializes the worthlessness of her knowledge at this moment. This can be reasonably confused with symbolism, but the animators focus on the short-term manipulation of viewers’ senses, making this imagery. Barbara sobs, and as blood mixes with tears, the images of painful suffering flashes in your eyes. With trembling arms, she clenches her stomach that is erupting with blood. The Joker cackles and sips his ice-cold drink, with gleeful eyes. He feels relaxed over someone’s suffering. The Joker then pops open one of Barbara’s buttons and traces down her cleavage (tip-toe-style) with his cold fingers, as she struggles to stay alive. We can feel Barbara’s body going cold and lifeless. The pop sound of her buttons presenting a picture of celebration – linked to popping Champaign – Joker felt over his erotic excitement. My mind projected an image of cream flowing down a long-necked bottle. Joker lifts a glass and “cheers” to crime (Moore et al., 2016, 00:40:40-00:41:02). There is no doubt anymore about the total neglect of human life by the Joker. The sadistic clown drowns out the pain of the people he is tormenting, with ease.

Viewers are sent on a treasure hunt, to find out the real reason behind the Jack-Joker transformation. The new man [Joker] unleashes a chilling laugh when he is “happy.” Situational irony is a literary device that occurs when incongruity appears between expectations of something to happen, and what happens instead (Literary Devices Editors, 2013). The meaning behind the Joker’s fearful laugh is ironic and displays desperation. Jack loses his unborn child and his innocent wife; the only ones he ever did anything for. That is when it is heard. The uncontrollably chilling, “HA-HA-HAAA!” (Moore et al., 2016, 01:08:05-01:08:010). This makes no sense; he should be completely furious. Meaning that when he laughs, ‘ha-ha-haaa’ he is portraying what he wishes to feel and not what he really is feeling. Joker is subtly projecting the opposite. “AH-AH-AAAH!” ‘Ah’ is used as an exclamation of pain, surprise, and pity (Dictionary.com, 2020). ‘Ah’ would be the direct opposite of ‘Ha.’ In the movie, Batman tries to reason with him. Joker states that he hates remembering the past because it is a dark place. The only cure is running away. “Madness is the emergency exit. Close the door on all those dreadful things! Lock them away…forever” (Moore et al., 2016, 01:07:26-01:07:36). If he thinks back to his past, the correct direction of thought will return. Funny will now be sad, right will now be wrong. His sanity will return with all its woes. The Joker’s mind is reversed. In the final fight with Batman, he cements the conspiracy by luring the detective into his previous home. Everything is literally upside down. The fan is attached to the floor. The chairs are glued to the ceiling. The solution has been found. The Joker is hiding his true feelings. Desperation is inevitable, as the struggles of the world rewire the mind of an ordinary man in the reverse direction.

Batgirl’s interactions with men, along with her outfit, evoked objectification. Objectification is the notion central to feminist theory. It can be defined as the seeing and/or treating a person, usually a woman, as an object (Papadaki, 2010). Barbara sports a purple supersuit with a bright yellow bat symbol across her breasts. Depicting a sense of ownership of Batman. Batgirl’s entire costume is skintight, purposefully revealing her curvy outline. She dons high heeled boots for fighting, but Batman is given combat boots and an all-black outfit. Her physical features are amplified in her costume. Her hair flows out of her mask and the animators top it off, with orange lipstick. Batman’s mask has his eyes all white, so we cannot read his enigmatic emotions, only marvel at his intellect and fighting skills. However, Batgirl’s desperate, blue eyes are visible. Highlighting her beauty and not her unique capability. It is hard to take her seriously. Batgirl valiantly risks her life but is still sexualized. In the U.S Navy, 44% of recruits and 33% of officers (all women) are sexually harassed in one year (Culbertson et al., 1994). With women underrepresented at 15% of the total force. Men controlled the rules of crime-fighting and only wished to portray Batgirl as an item of desire. In Woman at Point Zero, we are introduced to Firdaus who must accept that the world is run by men, and they have made it a point to sexualize all women (El Saadawi, 2007).  Therefore, belittling their achievements. A drug criminal looks forward to fighting Barbara and tells her, “It’s a dance baby” (Moore et al., 2016, 0:09:21-00:09:25). When she is on a hot pursuit, the villains blow her kisses. But at the sight of Batman, they open fire till their bullets run out. They do not see her as a real threat but savor their fight together. Her so-called leader: Batman, occasionally ignores Barbara’s suggestions and leaves her talking to herself. The writer’s poor choice to objectify Batgirl, describes women’s desperation to be more than a pretty face.

Further analysis of the movie opened my mind to the male dominance deeply kept secret in the vehicles that the two “partners” used. Patriarchy is male dominance reflecting a reaction against feminist theories (Payne, Barbera, 2016). Batgirl drives a motorcycle. She perches down as she rides and assumes a fetus position. Batman, on the other hand, rides a high-speed car: ‘The Batmobile’. It has a rocket engine and missiles, amongst other incredible features. He is seated upright. To get out of the car, the lid slides open, and he leaps out with an impressive acrobatic form. Batgirl humbly slips off her motorcycle. This represents the way they carry themselves. The sidekick (the woman) must be obedient to her superior leader (the man). In most scenes, Batman is made to rescue Batgirl. Portraying that even a superheroine needs saving. She cannot do it alone. Their positions when driving shows the vulnerability of Barbara, as her backside is exposed with no protection whatsoever. Batman’s upright position further elaborates his dominating aura with the missiles serving as the barrage of rejections towards Batgirl as he dissembles emotions and is encased in himself. Most men feel the need to act harshly to females to remain “in control.” Barbara is desperate. She wants to gain Batman’s approval to feel good but is constantly shut down. The heroine’s inferiority complex was of her own doing. The longest U.S first lady in office; Eleanor

Roosevelt states it clearly. By not standing up for yourself, you cause others to maltreat you (Theberge, 1994, p.194). I do not regard this as victim-blaming, but Barbara’s poor choice to return to a man that downgrades her is unwise. She is surrendering her power (hooks, 2000). Writer Gloria

Sam Liu reminds an audience that is entering this movie for entertainment and action, about the horrors of reality. He does so through the Joker’s ironic laughter, and the use of imagery in Barbara’s shooting scene. The objectification of a heroine, coupled with Jack’s mental struggle, allows for sober reflection. Without the use of important analysis techniques, I would have been just another viewer. The text helped me realize the existence of drastic occurrences, that could be psychologically unbearable. All it takes is one bad day. I must adopt a strong will, therefore, to confront such an encounter. Lastly, the disrespect of a female icon mirrors the disrespect of females over the years. From the murder of French warrior [Joan of Arc] to the sexual assaults on esteemed U.S Navy women (1991 Tailhook scandal). I am left to wonder about ordinary females without titles. The movie pushes for provocation. The battle with personal afflictions is difficult. It is even more challenging standing up for others. After this movie, I am inspired to attempt the latter.

hooks, b. (2000). Feminism is for Everybody: Passionate politics. Pluto Press.

Thompson, Van. “What Does Sensory Imagery Mean in Poetry?”,  https://penandthepad.com/sensory-imagery-mean-poetry-1667.html. Accessed 19 May 2020.